What is a Super Randonée 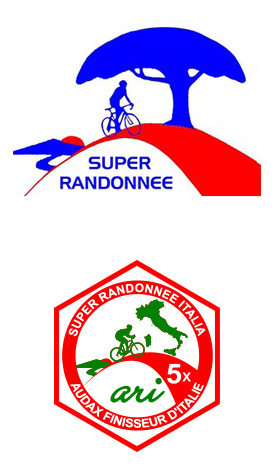 Super Randonnées were created in 2009 by the Audax Club Parisien. Super Randonnées are permanent randonnées of 600 kilometers which follow mainly mountainous trails and involve a minimum elevation gain of 10.000 meters.

Super Randonnées are part of the cycling tradition of the Randonneurs Mondiaux and Cyclo-Montagnards Français ©. Super Randonnées are challenging rides, which require excellent physical conditions, good knowledge of the mountains and ability to travel long distance independently.

Two formulas are proposed to the participants: Randonneur and Tourist. In the Randonneur formula, participants have a maximum time of 60 hours to complete the route.
In the Tourist formula, the participants can enjoy the Super Randonnée more quietly and can ride the complete route in more days, minimum average of 75 km per day.

Wheather you are a Tourist or a Randonneur, you need to love the climbs without holding back in front of the hardest stretches. Those who choose the Tourist formula prefer to contemplate the landscapes under the light of the sun and ride without time constraints.
Those who choose the Randonneur formula will enjoy the mountains at special times: at dawn, at dusk or even at night. Everyone, Tourists or Randonneur, will keep unforgettable memories of the Super Randonnée.

The French Club designed the logo of the Super Randonnée, the logo you can see here with blue and red colours, and created a plate to be installed on the own’s bike. The participants receive the plate, that has to installed in a well visible point on the own’s bike, in order to show it on the photos of the check-points.

ARI established Audax Finisseur d’Italie in order to valorise those who ride autonomously these demanding randonnées: here is the logo with the national colours. The cyclists that will get the brevet of at least five Italian Super Randonnée will be mentioned on the ARI website and will receive a special certificate.

In order to celebrate 10 years of Super Randonnées, Audax Club Parisien also created a special webpage that lists the randonneurs that ride at least 10 Super Randonnées: some visibility for the daring ones.

Enjoy the ride and don't forget: autonomy is part of the game! 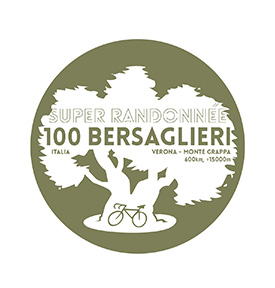 The Randonnée dei Cento Bersaglieri is a creation of Giorgio "Musseu" Murari, who in 2016 first cycled the entire route of 614 kilometers and 15.000 meters of elevation gain among the provinces of Verona, Trento, Vicenza and Treviso, in 34 hours and 15 minutes. A creation born with love and passion, a very hard route with a unique beauty. The maximum time for Randonneurs is 60 hours, for Tourists is 5 days.

The name Randonnée dei Cento Bersaglieri takes inspiration from a tree: not a normal tree, but the largest plane-tree in Italy, the “Platano dei Cento Bersaglieri”. It can be seen on the route in the locality of Platano, a hamlet in Caprino Veronese: it is about 450 years old, its height is over 25 meters, it has a circumference of about 15 meters and the surface of its crown is 300 meters. It is famous for having offered shelter among its branches and cavities to an entire troop of one hundred Bersaglieri during the Great Summer Maneuvers of the Italian Army in 1937.

The route faces numerous climbs, some short among the hills, some others long and challenging on the Prealps. The route starts in the Valpolicella hills, then continues towards Lake Garda, then it goes up to Monte Baldo and, after the descent into Val d’Adige, it reaches the Lessini Mountains.  After the high pastures of Lessinia, it continues among the mountains of Val del Chiampo and Valle dell'Agno, goes up to Campogrosso, passes at the steps of Monte Pasubio and, after reaching Val d'Astico, goes up again on the Asiago plateau. It crosses it all until it meets the Brenta River, then it climbs the Scale di Primolano and enters the Belluno area to climb Monte Grappa from Caupo. After a short stop at the monument of Monte Sacro, it goes downhill towards the plain, getting closer to Bassano del Grappa and starts climbing again towards Predipaldo and Lusiana. Flatlands again towards Thiene, then it goes constantly up and down between the Vicentine Valleys and the hills on the Eastern Veronese Valleys, until the epic final on the Torricelle hills and the fantastic panorama from Castel San Pietro over the city of Verona.

Now it's your turn to ride the Randonnée dei Cento Bersaglieri!

From the city of Verona to Lake Garda,
along the Venetian Prealps to the top of Monte Grappa 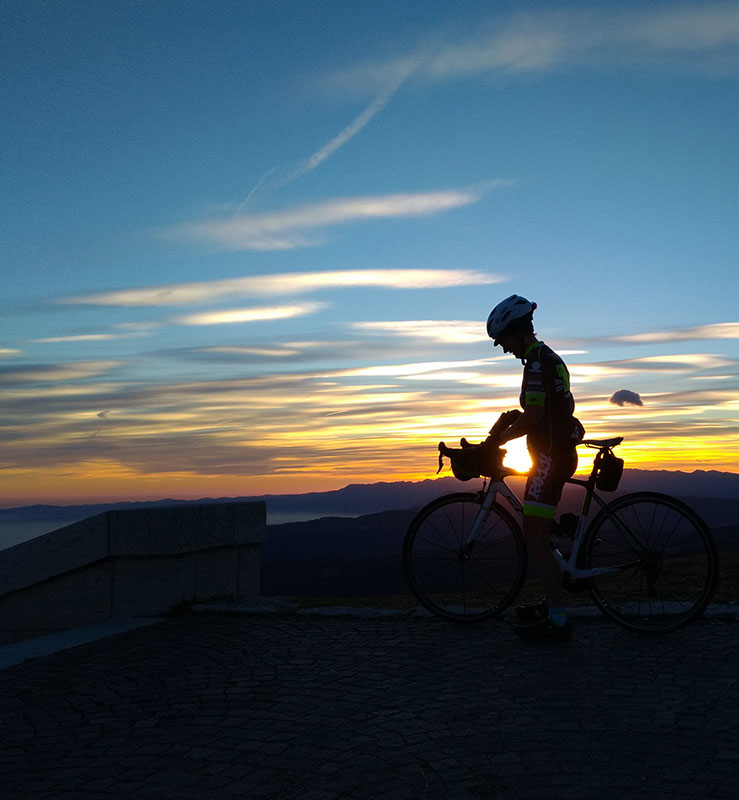 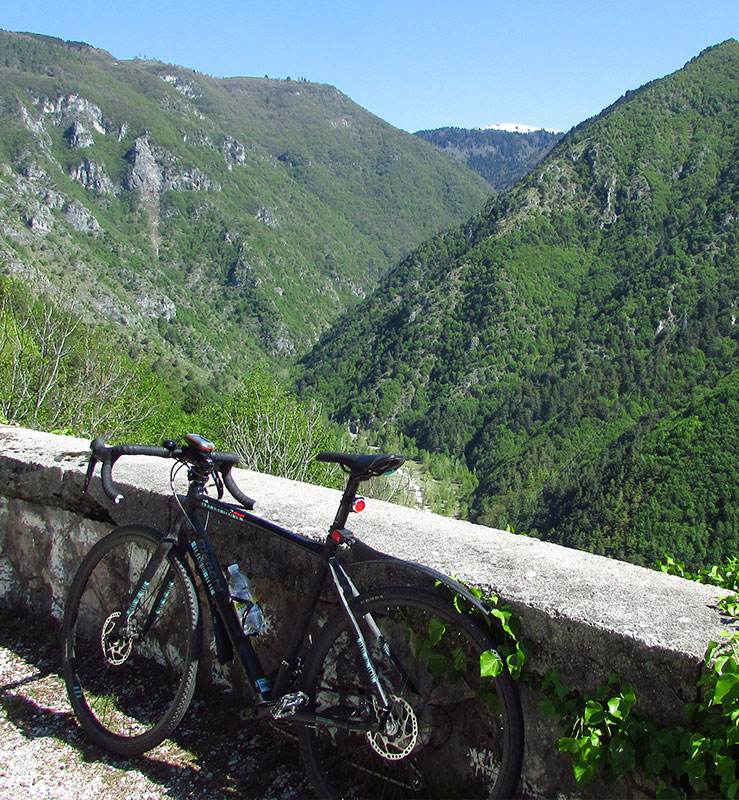 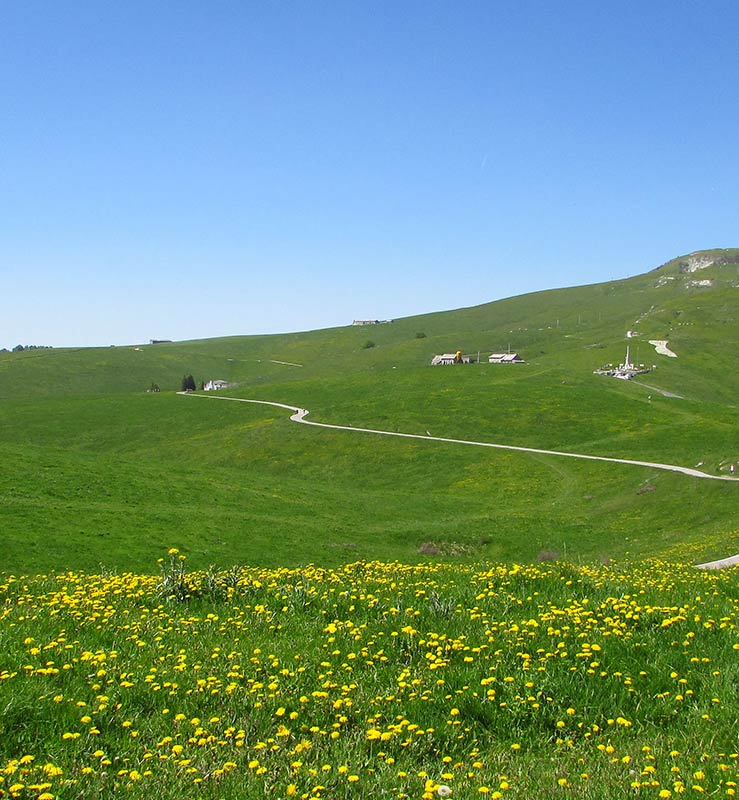 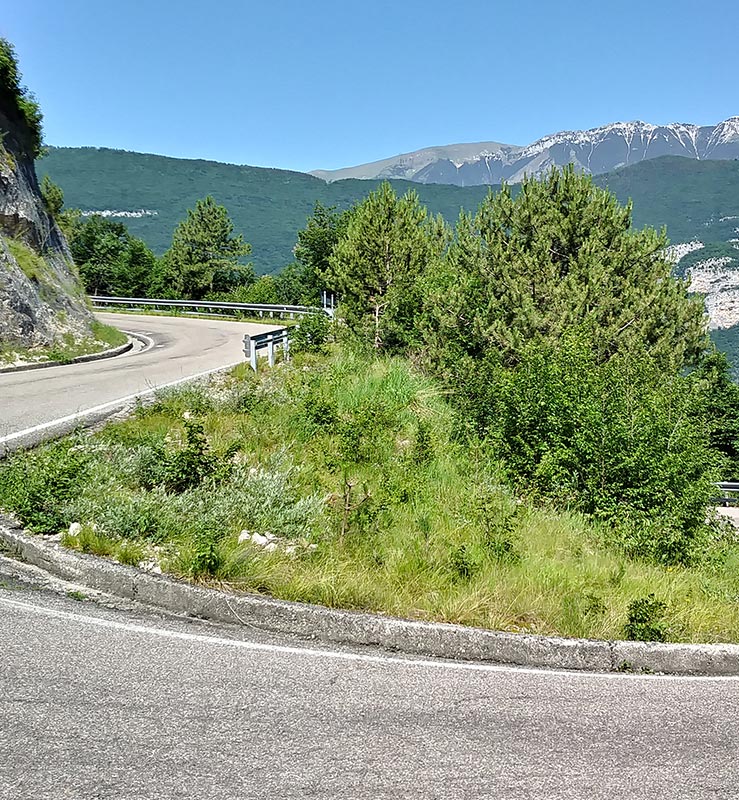